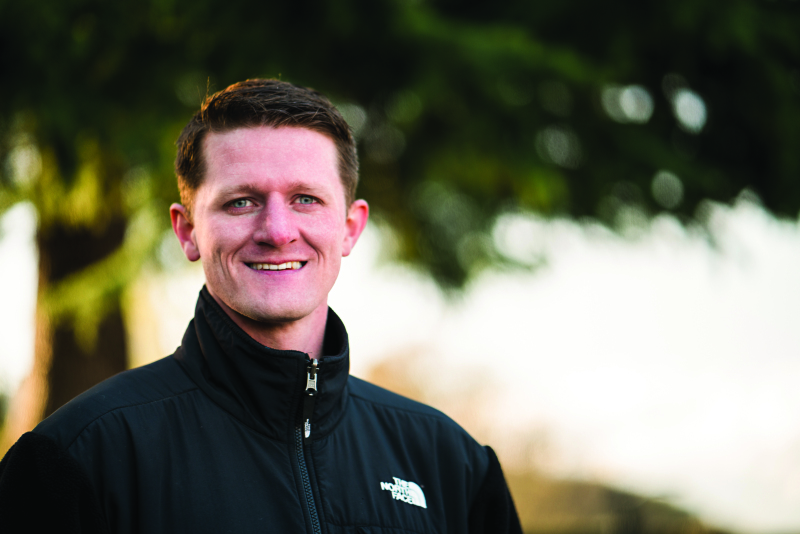 The race in the 19th Legislative District has heated up, Joel McEntire is running for State Representative against Brian Blake, the incumbent.

McEntire is a 4th generation resident of SW Washington, his family have roots in the Lewis and Wahkiakum area. He is a program mentor with Western Governors University, a Marine Corp reservist, a husband and a father of three. He is running to make this state a better place for everyone, including his children and their future.

McEntire ran in 2016, unfortunately he was deployed so he was unable to campaign except at the very end. He lost to Blake but received 46% of the vote. This did not discourage McEntire. In fact, it encouraged him to run again. In the 2020 primary, he won with 53% of the vote.

Joel McEntire was raised in Cathlamet and graduated from Wahkiakum High School in 2006. He went on to serve a two-year mission in Cleveland, Ohio which included cleaning up flood damage and other humanitarian services.

Joel married Margaret Jean Kaufman in 2010. He enlisted in the United States Marine Corps one year later. He was deployed 6 months to Qatar in 2015. He graduated with a Bachelor's Degree in Science, Evolutionary Ecology, Spring of 2016. Joel began working as a full-time teacher at John C. Thomas Middle School, where he attended as a boy. Joel also achieved a Master's degree in Mathematics in January 2018.

McEntire stated, "Seattle's politicians have an agenda, and it's hurting our community. Seattle has waged war against our fishing, forestry and farms. Seattle even voted to underfund our local schools. Seattle has blocked Millennium and too many other job sites. Now Seattle is preventing us from defending our shellfish growers."

Jim Walsh, who is currently a Representative with the 19th Legislative District was with McEntire on Saturday, stated, "Joel McEntire is simply an amazing guy.

Like something out of a superhero movie! After high school, he chose to be a US Marine because he considered it the toughest and most challenging branch of the military. After his time in the Marines, he decided to become a teacher - and pursued that with awesome focus. After teaching kids for a few years, he decided to become a college instructor. And he made that happen. He did all these things while starting a family with his wife. Together, they are people who get things done."

Walsh continued, "Joel says he wants more opportunity for people in our corner of Washington. He wants to restore business and commercial activity here, so our kids don't have to leave to find solid work. I've seen his focus on issues first-hand. When he talks to people in LD19, he's intent on rebuilding jobs and opportunity here. Real commerce, not just government programs and welfare. He gets that everything flows from that. Reviving our schools. Our communities. Our local tax base. These are the things LD19 needs. And Joel McEntire gets it."